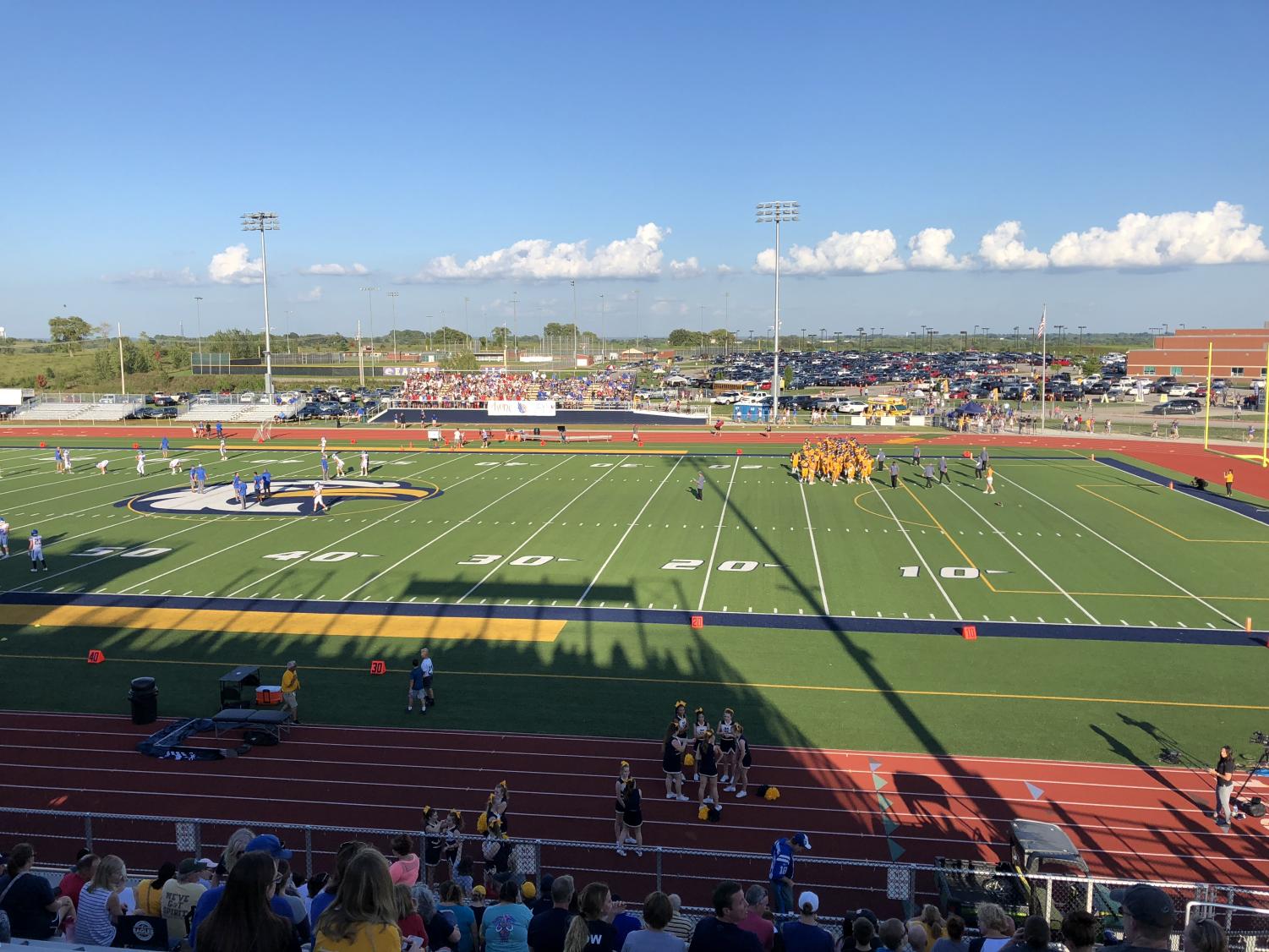 The Difference Between Cheering and Over-Insulting

I’ve gone to every Varsity football game except for two the whole season. I only started to go to football games this year since I’ve been dating a football player. My first football game was the very first time North played Liberty my sophomore year. Since it was such a big deal for both schools and the community, literally the whole town showed up and showed their support for both schools. It was very crowded and rowdy since there were a couple hundred people there packed into one football stadium. I also went to this year’s Liberty North vs. Liberty game at North and I’ve never seen so many cars and people packed into one place other than a concert. The energy was loud and hype, and we won that game too.

Varsity has played five games since Liberty and I have noticed that there are two types of people at football games: the ones who actually come to support their team, friends, boyfriends, etc., and ones who come to criticize every move and potentially cause a scene that takes away from the game.

I don’t sit in the student section since I go to games with my mom and sometimes my brother and other family members. It is always a hype area that really motivates the team and other people that are near them. But what I’ve noticed is that the farther away you are from the student section, the more insolent the environment becomes.

Last Friday’s game at Park Hill South was definitely a huge success in terms of gameplay. But there were a few people that got too carried away in terms of criticizing every little move. A few men were constantly screaming offensive remarks at the players and referees when they did something they didn’t like. One person even went as far as screaming two players’ names and trying to yell plays at them and what they should do “better” while the players were on the sidelines trying to recover and focus on the game.

Also in that same game, two men got into a yelling match at each other for reasons unknown and they were both escorted out by security. That was highly unacceptable because you are here to support a school or organization and not get into a fight for stupid reasons.

The moral of the story is, if you are going to act out at a football game or any other sport, then you should not be allowed to come to future events. This kind of behavior is disrespectful to the team, coaches, and students and their parents that are trying to watch the game and support their sons, boyfriends, friends, etc.