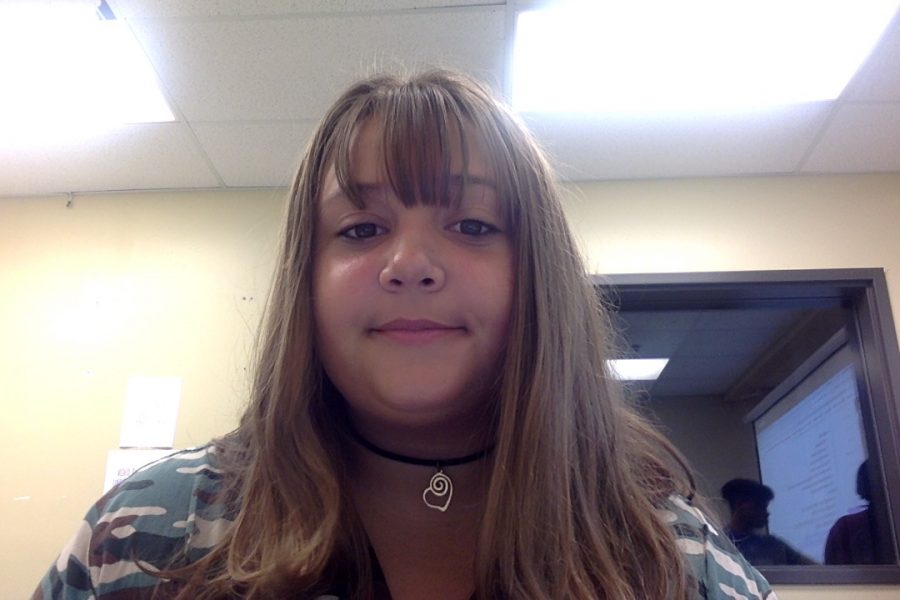 Veterinarian, softball, music, Paige Alexander is all that and more.

“I’ve been on the fence, [about what she wants to be when she grows up] since I was five. I wanted to be a vet, but in seventh grade, the stress hit and I realized what my brain went through, and what my mental health went through. When you are going to do surgery on an animal, you can’t mess up, and you do and they don’t survive it would be hard to keep from bawling my eyes out. Now I want to be a veterinarian tech or work in an animal shelter,” freshman Paige Alexander said.

Alexander loves animals but is concerned about what pursuing her dream will entail.

Alexander doesn’t play many sports but finds places to be herself.

“I’m in GSA. GSA is a club that makes the school a safe place for members of LGBTQ. I used to play softball but I didn’t think I would make the team. And I want a job and softball sounds like a lot of work on top of a job,” Alexander said.

Alexander likes music and can’t leave the house without her earbuds.

“Panic! at the Disco is my favorite band. The kind of music that they make is alternative, pop, and emo rock. The music is really upbeat and fun to listen to and it just makes you want to dance,” Alexander said.