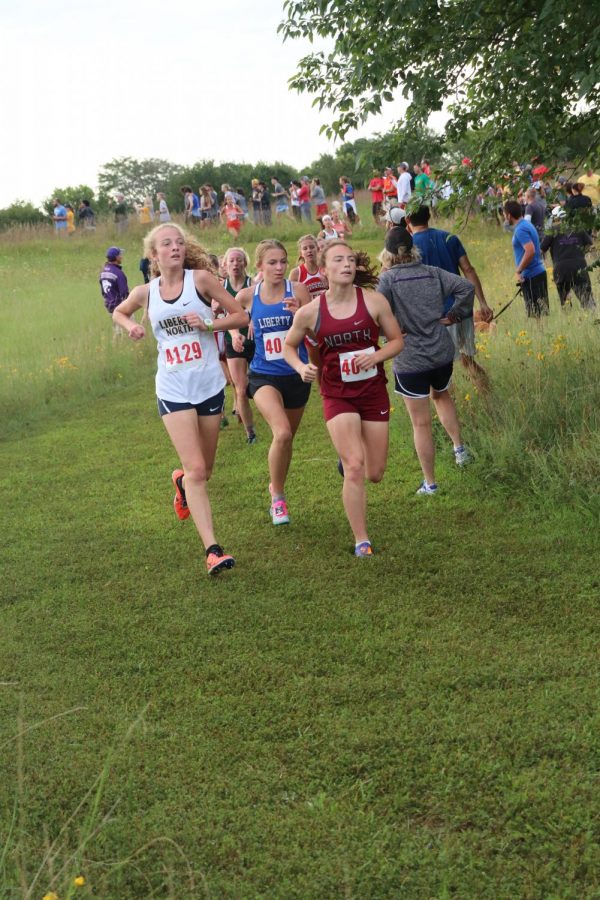 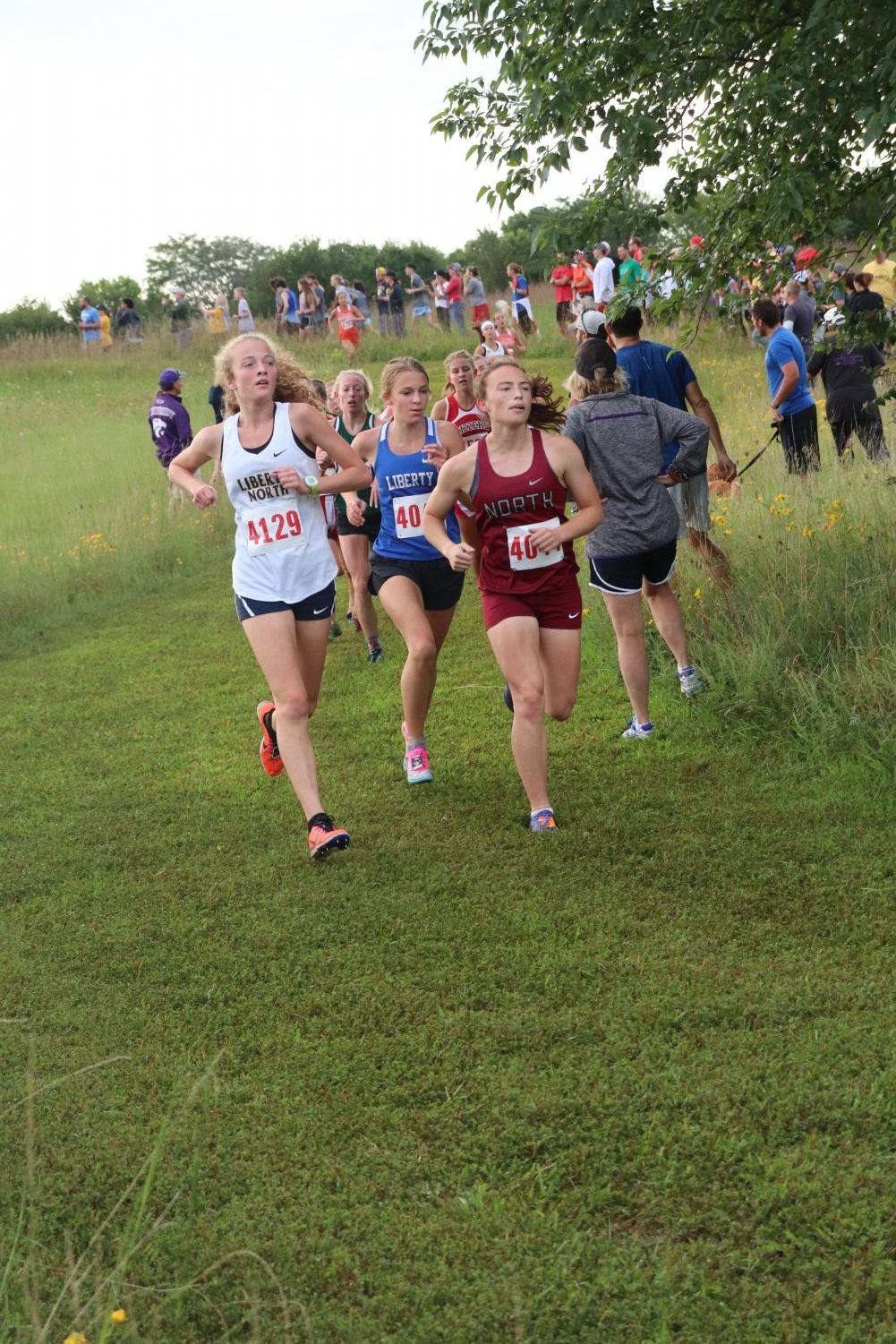 “Some people have a genetic advantage but Elizabeth worked really hard to get there”. Coach Chatlos said.

Coach Chatlos said he had only seen two girls run faster then Stinson at Liberty High in his 15 years of coaching Cross Country. Stinson has been the fastest in North’s history.

“I was pretty happy when I broke the record, I had been focusing on it all season and I finally beat it,” Stinson said.

Stinson had been trying to beat this record since her freshman year. Stinson beat Sammi Loreno’s 18 minutes and 41 second 5k which had been set back in 2015.

“I was pretty happy for her when she broke the record, she had a good summer preparing to break the record. She had been eyeing it for a long time. The day she broke the record the course was wonderful, the weather was perfect, the competition was there. Everything was there, I was cheering really loud for her,” Loreno said.

Stinson’s summer workouts had paid off. Stinson’s 5k record means her mile averaged to be 5:58 min miles. Another way of putting that one lap on the track she can run it in about a minute and thirty seconds.

“She really set the bar high, it will be almost out of reach for most to beat that timing,” Chatlos said.

Stinson has been running cross country since 8th grade. When she started cross country at North, her brother was on the cross country team. Both of the Stinson’s placed often at conferences.

“My favorite memories besides beating the school record is the night relays we have every year. They are always really fun especially when my brother was in cross country,” Stinson said.

Stinson also wants to improve on her mile and two-mile record. She creates her own goals on improvement in order to beat the coach’s expectations.

“I just want to see how far I could go in place-wise now and see how far I can go at State. That is the only thing I really want to improve on now,” Stinson said.