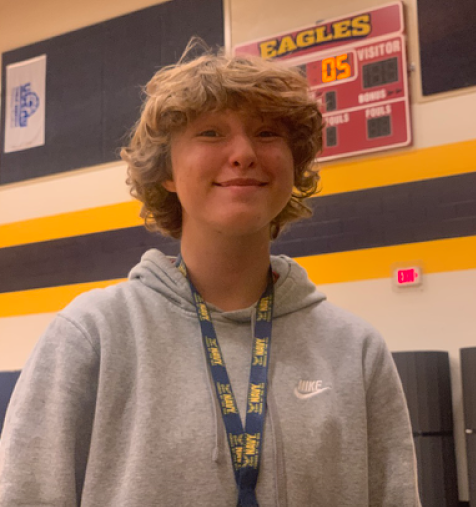 Whether someone is are athletic or not, everyone can understand that a team is nothing, unless there is at least one player that is willing to go the extra mile to help the rest of the team. Junior Avery Gifford not only is willing to go that extra mile but is also willing to spread positivity and make the team smile.

Gifford has much to talk about when it comes to her best plays and times where she felt she really helped lead the team to victory.

“Last year, I hit a grand slam to take us to the district championships. During that time, I hit a home run against Liberty and I’ve made a few double plays. Our winning record is 18-5,” Gifford said.

Gifford also has great memories that she wants to take with her outside of highschool.

“My favorite memory is probably when we beat Liberty. It is a big rivalry and a big game so it felt good to win. I like bonding with my best friends and team dinners cause I like food and the sleepovers,” Gifford said.

Gifford has also prioritized making sure the team feels better after a loss and always finds room for improvement.

“We just try not to think about it a lot. If you overthink things, it becomes a bigger deal than it already is. To make myself a better player, I usually take more reps. I stay after practice to get more work in,” Gifford said.

Freshmen Ella Hayes is a fellow softball player. She seems to think highly of Gifford’s perseverance and potential.

“I look up to her because she is always fun to be around. She is a good player and is always positive whether we won or lost.  She talks to everybody and always practices hard and still makes practice fun,” Hayes said.

Hayes also has a good story to tell about a memory she made earlier in the season.

“There was a tornado warning during the St. Louis Tournament, but it was clear and our games got canceled. Avery came to our room and hung out with all the freshmen,” Hayes said.

Coach Amanda Self has been coaching Gifford since freshman year shares many of Gifford’s highlights as a good teammate.

“Avery has a great ability to de-stress a situation. When the game gets stressful or tense, she always knows what to say to make others relax, laugh and enjoy the game. Anytime we work on a new skill or improve a current skill, she is always listening and trying to get better. She takes time to get to know and help the underclassmen and she is someone they can relate to,” Self said.

Self has been impressed by Gifford’s skills as well, especially after a huge game.

“My favorite memory has to be last year when we brought her up to varsity from JV for Districts. She ended up hitting a home run in that game, which really helped the team,” Self said.

Overall, Gifford plays a great role on the softball team and she is nothing but humble about it.

“Everyone has their own part to play so doing my part is just as important as everyone else’s,” Gifford said.