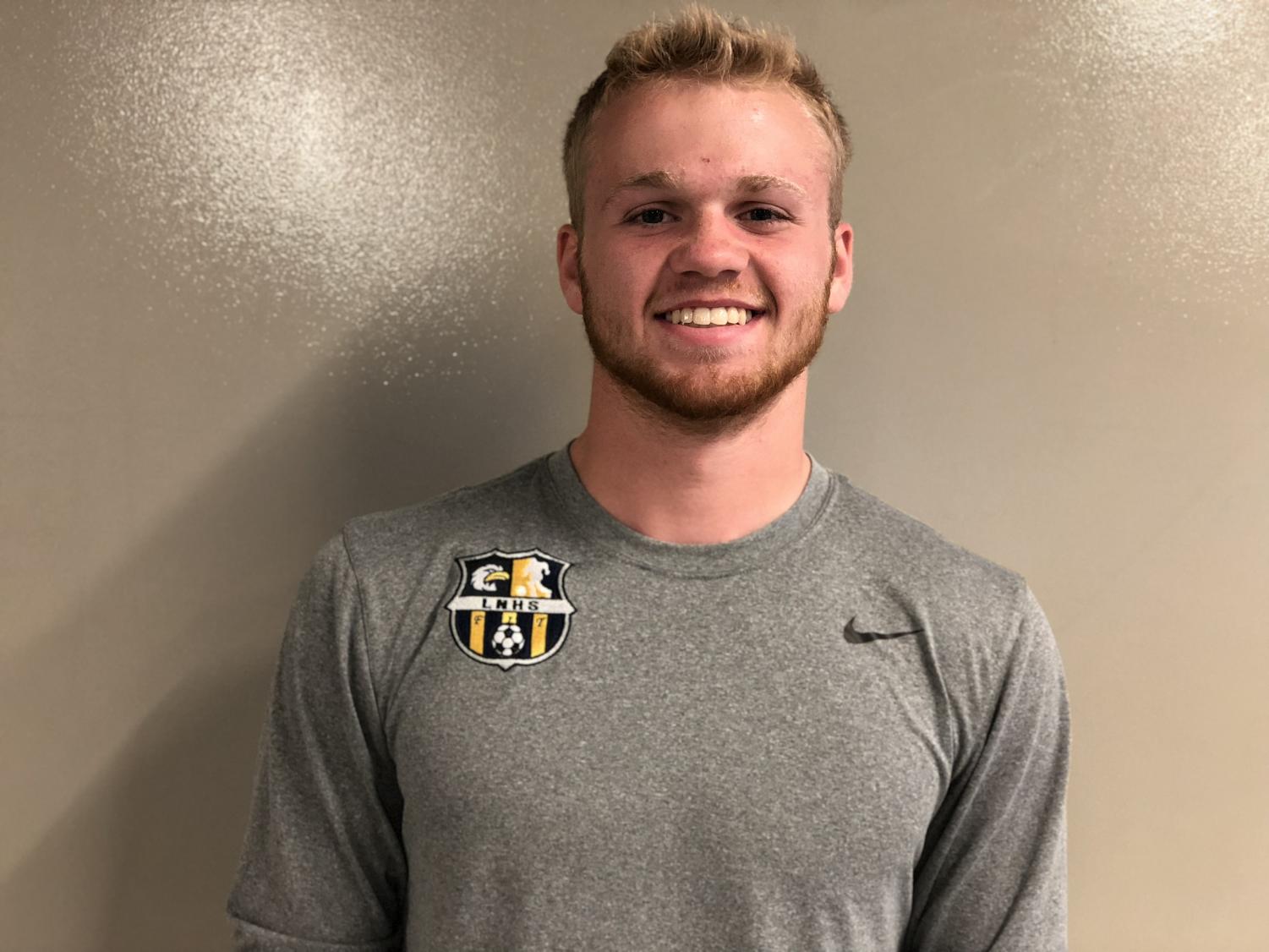 Football, soccer, football, soccer. Junior Thomas Mitchem takes on both of these sports at the same time while striving to become a four sports letterman.

“I plan on lettering in football, soccer, track, and rugby. I just plan on working hard and not giving up,” Mitchem said.

Some teachers tell students to get involved in school activities and that is just what Mitchem is doing while earning as many varsity letters as he can.

“I want to letter in 4 sports cause it looks cool on the jacket and it’s just fun to be involved in everything and be good at a lot of stuff,” Mitchem said.

However sometimes it is hard for this multisport athlete to balance home and school life on top of all the games and practices.

“It’s really hard. I haven’t had time to spend with family since summer started. I haven’t had a lot of free time. It’s basically working from 7:30 to 9:30 every day,” Mitchem said.

On top of that, there are other ways that playing both soccer and football at the same time has an impact on Mitchem.

“It’s really taxing on my body. I’ve hurt my knee and back so far this season and it’s hard to tell how much you can put into one sport and then still be able to do the other one at the same pace,” Mitchem said.

Still, for his soccer teammates, his performance does not seem to be affected at all.

“It hasn’t affected his performance that much. Whenever he plays, he is always there working the hardest,” junior Cole Hadley said.

On the contrary, his football teammates do indeed think that soccer has an impact on his football performance.

“He can’t show up to practice all the time so he doesn’t get as much time to practice like everyone else,” senior Sam Henderson said.

When it comes to commitment, Hadley believes that Mitchem is more committed to soccer than he is that of football.

“I think Thomas wants to be there all the time for both sports but I think he is more committed to soccer because he is always having to miss football practice for our games,” Hadley said.

Football teammate Henderson also notices Mitchem not always being there for football but has a different outlook on his commitment.

“It may look like he’s less committed because he’s never there but he is more committed than most people because he is giving up almost all his time for both sports,” Henderson said.

Thomas earns his support from that of the soccer team, finding the whole team close to one another.

“Everyone on the team is close to each other and we all support Thomas’s decision to play both soccer and football,” Hadley said.