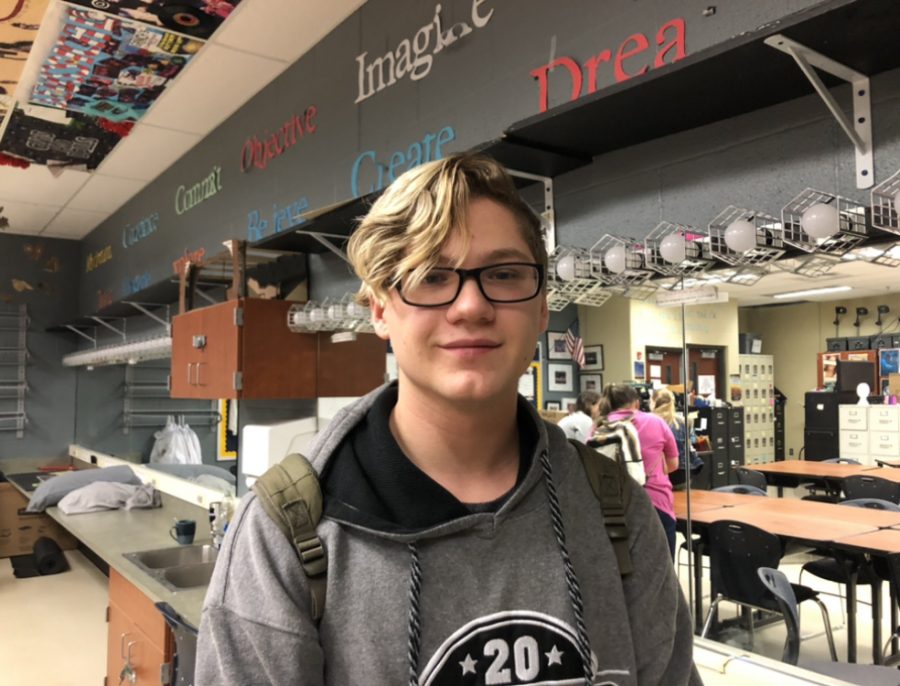 Jacob Rains is a senior here at Liberty North. During his four years, he has been a crucial member of the Liberty North Band program. He is currently the first chair trombone in the Wind Symphony band and has been the first trombone player in North’s history to go to state.

“When I found out that I had made it to state, I did not think much of it because I don’t like to make a big deal about things and make me look like I’m better than people. I celebrated at home with my family though,” Rains said.

Rains has been a part of the band program since 6th grade, but his interest in music started way before that. He grew up in a musical family, therefore sparking his interest in the topic.

“My mother and father were talented musicians as well and inspired me to get involved with music at an early age. I enjoyed the way music made me feel. It makes me feel a different emotion with each song,” Rains said.

He is the youngest of four kids. Two of his step/half brothers have been in the band program before him. Following in his step brother’s footsteps, he chose to start by playing the trombone.

“My step-brother played the trombone when I was a child, and I loved how it was different it sounded. He was an MVP at Liberty North the two years he was here. I always loved going to football games and watching the band play for fans at William Jewell College before the new football field was built,” Rains said.

The trombone isn’t the only instrument that sparked his interest though. Rains can play a total of six instruments, each sounding a little bit different.

“I can play the piano, trumpet, clarinet, trombone, cello, and viola,” Rains said.

Rains’ life revolves around music, and he always has something going on for one of the bands he is in thought the year. He has been extremely active in music in and out of school, participating in anything from jazz band to different orchestras.