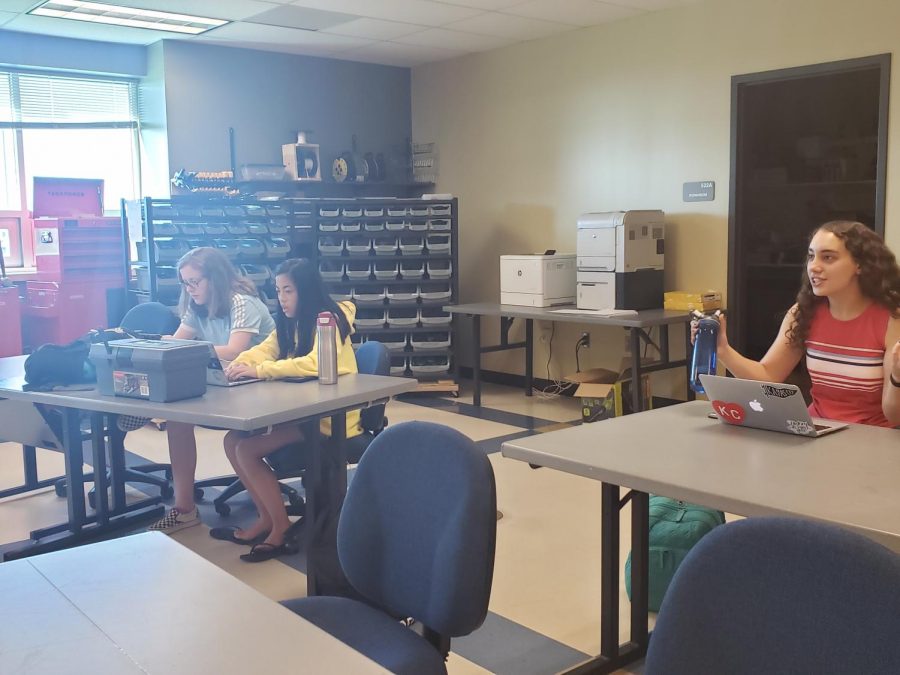 The Battle of the Brains Showdown

Last year, four groups from the Liberty district were nominees for the competition Battle of the Brains, which was entered by 800 schools. This year, the Society of Women Engineers club [SWENext] is working again to get the honor of having their exhibit built in Science City.

“I’m excited about our idea,” senior Delaney Clawson said, “I feel like it’s a good exhibit and as long as we can translate that well onto paper, I believe that we can do well.”

SWEnext meets Monday, Wednesday, and Friday working on the project. This year’s project is concentrating on the ocean intending to get the young children of Missouri conscious of the issues surrounding the oceans and to learn more about a subject that people in Missouri don’t learn about every day.

“We thought that it’s important to teach kids from Missouri about because the ocean’s not something we get to explore on a day to day basis. So I’m having some way to connect to kids in the middle of Missouri, in the middle of the country to the ocean. Something that they very rarely get to see is very valuable,” Clawson said.

The girls of SWEnext are not the only ones enthusiastic about the project. Many throughout the school are excited about the prospect of an all-girls group winning this year and SWENext sees it as a way to get more girls into STEM; a field in high demand for women.

“I know that some girls might be more comfortable in an all-girls setting, that they’ll think, ‘OK, so this is something that quite a few girls are interested in too. So I might give it a shot’ and then furthermore sparking their interest in other fields such as engineering or science and technology,” senior Veronica Buckner said.

Some girls are interested in just following the progress of the girls who are entering Battle of the Brains, or just opportunities exist for current and future female students at Liberty North that allow them to participate with other girls in STEM.

“I think that’s really it’s a cool thing to have,” sophomore Ava Billharz said, “It’s really great for girls to be in the Battle of the Brains or just watch and still be interested to look at and hear all the facts about it.”