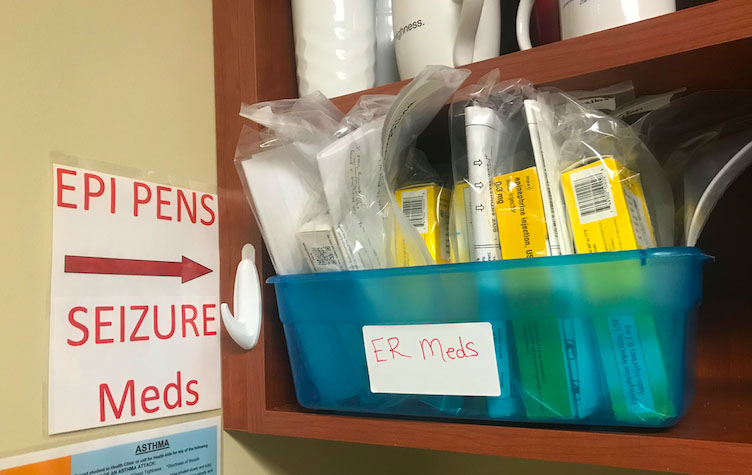 For some, allergies are a fact of life. From hay fever to lactose intolerance, it’s not uncommon for many in a community to have an allergy. However, it may not have always been this common. There are many theories behind the general increase in allergies, and students at Liberty North High School have their own experiences with allergies.

“I didn’t know I had allergies until about 2017, and before that, they had never really done anything to me. Now I know that I’m allergic to wheat, milk, eggs, and nuts. Every time I try to eat them, I get hives and have to go to the hospital and get a shot for it,” Junior Mary Martinez said.

Martinez only just developed symptoms two years ago, and before then, she had no allergies at all. Many students have noticed a steady rise in allergies, both diagnosed early on and developed later in life.

“I think allergies have become more common over time. You used to not hear about allergies a whole lot, but now every other person has some sort of allergy. I don’t know the exact reasons why, but I do think it’s becoming more prevalent,” Sophomore Tyler Trickey said.

Some believe that how food is processed and modified is to blame and that the presence of enhancing ingredients and extras in common food products leads to conditions like celiac disease.

“I’ve met a lot of people with allergies. A girl on my old soccer team had Celiac Disease, and I’ve also had friends with Celiac. I feel like allergies are becoming more common because of how genetically modified everything is, that’s one of the things that affect my Celiac the most and the whole reason I’m allergic to gluten,” Junior Madison Frizzel said.

A common theory in the medical world is the lack of exposure to allergens like peanuts, fish, and eggs at a young age leads to the immune system being unable to process the food and determining it as a threat.

“I think that how we introduce food to our kids has definitely changed. It used to be that we couldn’t introduce peanuts to them until they were over two, but now we introduce them a lot earlier and we’re seeing not as many kids allergic to it. Parents are still so scared, though, that they don’t want to do that,” Nurse Angie Schultz said.