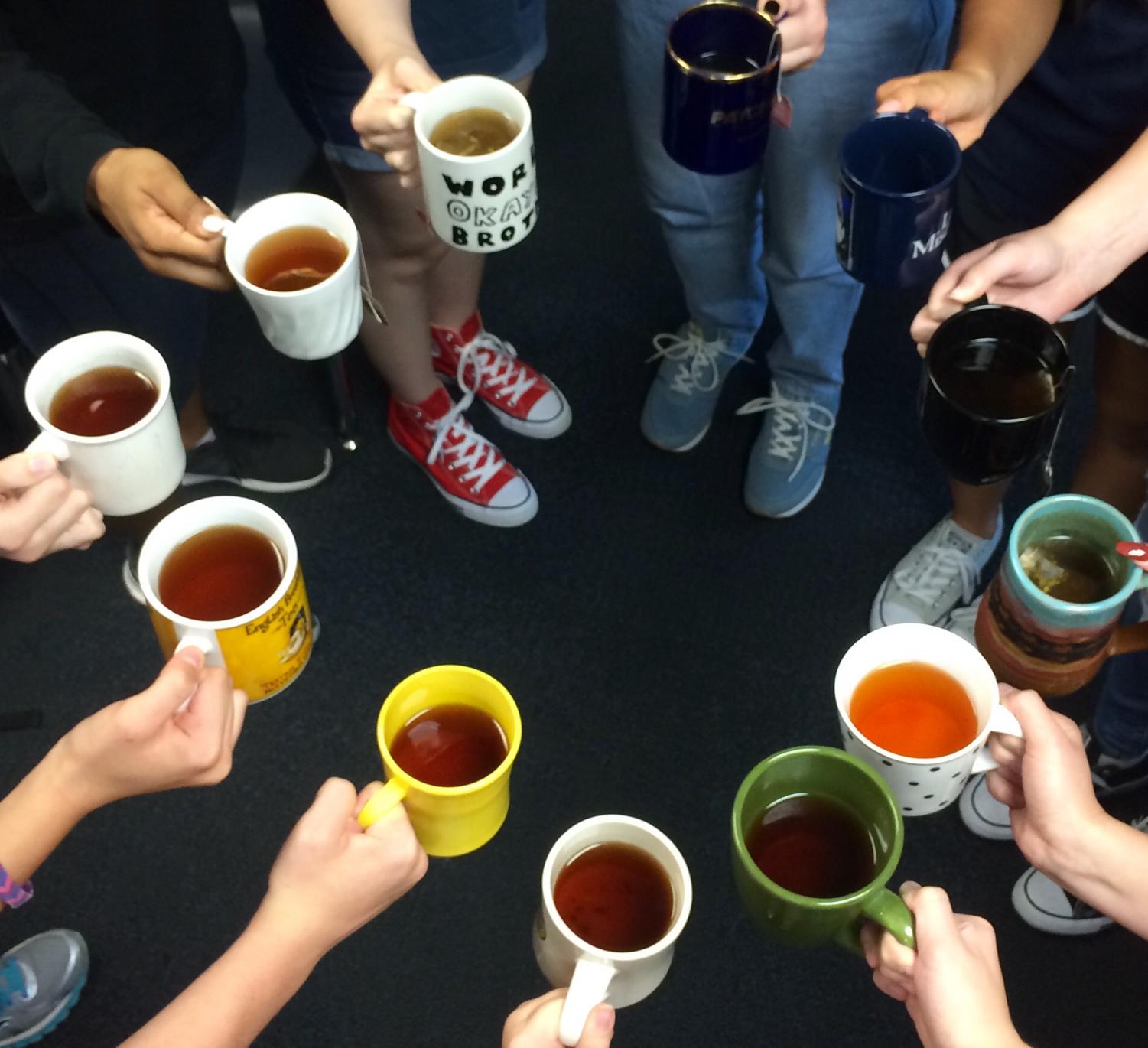 We Don’t Spill the Tea, We Drink It.

According to Tea Source, there are over 3,000 classifications of tea that all originate from the same Camellia Sinensis plant. The differences between the teas are due to geography, growing conditions, and processing. In the Liberty North Tea Club, members drink tea from around the world.

“[In Tea Club] We will look at steeping all kinds of teas, but specifically loose leaf (tea),” Tea Club Sponsor Kimberly Brownlee said.

“Students are working on a schedule that will include lessons in tea types, steeping, and pairing, in addition to bringing in local guests and video chatting with professionals in tea horticulture,” Brownlee said.

Roughly 20 students have already taken part in the Tea Club. They have already discovered the contrast between a tea and a tisane, the benefits of loose tea over bagged tea and drank various types of teas.

“Tea Club provides an opportunity for students who appreciate learning about the fine culture of tea to develop deeper understandings in choosing, steeping, and pairing teas,” Brownee said.

Members of Tea Club will learn about the different kinds of teas and their steeping times, foods to pair with them, and the history and culture of tea.

“This has to be student-led,” Brownlee said.

“I’m shocked. I thought I was just going to join Tea Club and drink tea, and now I’m president! I am really looking forward to hearing speakers speak about tea and learn about tea in general,” Mackenzie said.

Tea Club is planning many things in the future. They plan to sell mugs and make T(ea) shirts.

“The students would like to raise funds to attend formal teas and local tea events,” Brownlee said.

Members have enjoyed the last few meetings of Tea Club.

“(I) like how we learn about the tea because not a lot of people get the opportunity to. We (will) do fundraisers to pay for field trips and make T(ea) shirts,” freshman Sofia McCroskie said.

Tea Club is hoping to become a family through tea.

“(If you want to join) send an email to Mrs. Brownlee at [email protected] or simply show up Tuesday morning with a teacup!” Brownlee said.