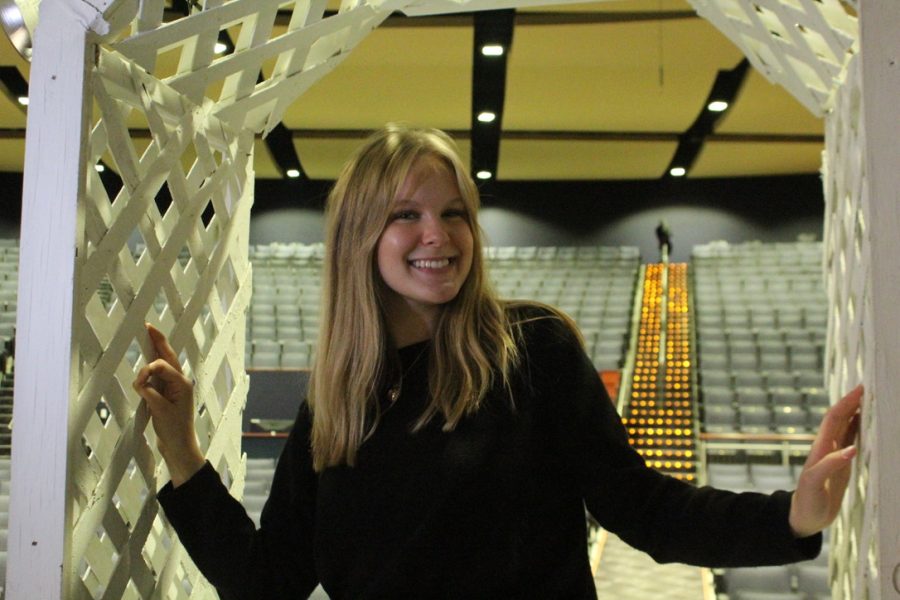 The theater department will be losing a talented artist next year as one of Liberty North’s seniors, Georgia Barge, leaves for college. Barge participated in the majority of productions during her years, at North and is now preparing for the real world. Barge is not only an accomplished actress but also a gifted songwriter.

“I’m working on an album. I’ve released three songs, but I had a solo show at the Corbin theater a week and a half ago and I did half of my original songs there, ” Barge senior said.

Many artists use music to express themselves but when a song or a piece doesn’t show exactly what the artist wants to convey, artists take it into their own hands.

“I like writing because I can express exactly what I want to show and sing,” Barge said.

Along with writing her own songs, Barge would like to pursue music in college. There are multiple paths that branch out from the musical route and Barge is open to many of them.

“I definitely want to focus on the music above all, whether that be vocal performance, contemporary, songwriting, or some jazz programs because I really like music theory,” Barge said.

Choosing a college can be a difficult decision but Barge has a plan. She has applied to numerous colleges hoping their feedback may help her decide.

“Some of my top choices are the University of Colorado at Denver, University of North Texas, University of Michigan, Belmont in Nashville, then I applied to two schools in Chicago: Columbia and Roosevelt, along with University of Kansas, and a couple more,” Barge said.

Finishing up her final high school musical, Barge played Donna in Liberty North’s production of Mamma Mia. She is preparing to play Lauren in the black box show, Sisters and Brothers. In Barge’s history of theater, she knew exactly which role was her favorite.

“In 8th grade, I played Aunt Spiker in James in the Giant Peach, which was my favorite role I’ve ever played by far,” Barge said.

Live theater offers a different experience compared to the average entertainment sought out by the population. Recorded albums, songs, movies, and shows sometimes don’t hold the same sentiment or passion as live theater can.

“Musical theater, at least when you see it live, is always different, every time. It is really cool and magical because you will never be able to see the same performance or feel the same feelings that you did on a specific night you performed or watched a performance,” Barge said.

Barge has been on the musical path the majority of her life and had substantial amounts of wisdom to share on just how to catch that big break.