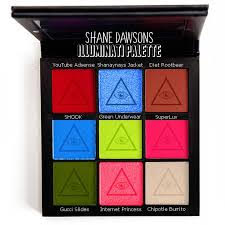 The release of the series also announced the collaboration of a new makeup line with Jeffree and Shane. It is the biggest launch for the Star line creating eyeshadow pallets, lipsticks, and merchandise. The colors are unique colors that many companies avoid making. The collections will be sold out in minutes of the initial launch, making Shane five million dollars. Shane’s Conspiracy line will also be one of the biggest holiday collections out of many major brands, yet it will not be in as many locations.

All the names of the shades and designs being used relate to the series, having fans be more excited about the launch. The line will be released on November 1st at 10 AM PST/12 PM central on Morphe’s website and Jeffree Star’s.  Shane Dawson shared his concern about people not wanting to buy the pallet, though the majority of the internet is buzzing about the launch.