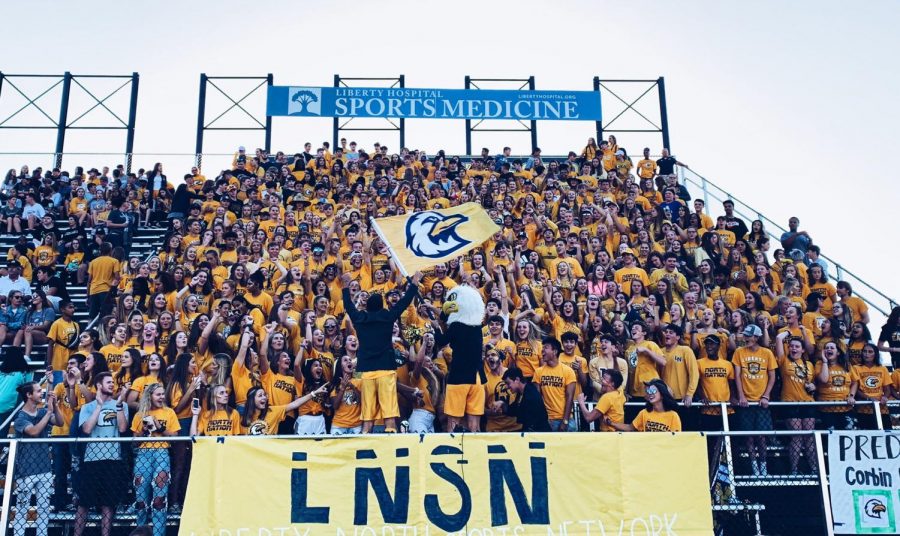 “I am feeling very excited because it’s our school rivalry and it’s the biggest game in Liberty for sure. This year the football team is better than we have been for my high school career, the games are something I look forward to every week,” junior Megan Shaughnessey said.

Liberty North Eagles had pulled out a win against their biggest opponent. The school record is now 4-0, that’s better than it’s ever been, for a long time. The student section is being taken more seriously now than ever at North.

“The fans have to make the games completely different. Without the student section there, we wouldn’t have anything to push for. The second touchdown the team scored, the student section went crazy. That really helped the team out when we weren’t even down,” junior Brady Snider said.

The football boys had many great things to say about their team, coaches, and mentality. The school record is now 4-0, that’s better than it’s ever been, for a long time.

“The team and coaches as a whole are hype. We are so excited that we beat the biggest competitor we have. Liberty North football is ready to continue on, it’s awesome to see how far our school football team has come. We all had good mindsets, which is the biggest thing, it’s really all about the mentality. ” junior Davis Rockers said.