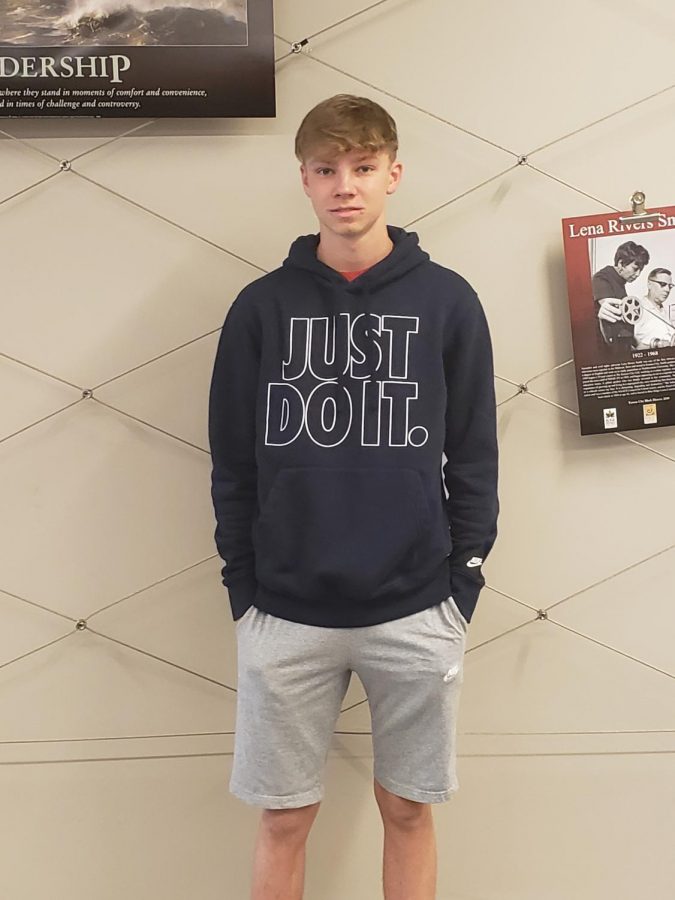 It can be hard to move to a new school, and most people would not choose to do so. But sophomore Jordan Sellmeyer would disagree. Sellmeyer decided to leave his old school to move here to Liberty North High School at the end of his freshman year.

“I transferred from St. Pius,” Sellmeyer said, “It’s a Catholic primary school in Kansas City. So I just transferred because I thought Liberty North would be better and it gave me more opportunities to play sports.”

Sellmeyer had to leave his friends at his old school behind as well as switch homes, now living with his mom instead of his dad. However, since the move, Sellmeyer was able to make new friends and has even gotten into baseball and basketball.

“He is just really good kid,” sophomore AJ Delgado and Sellmeyer’s friend said, “He’s always there for everybody and he’s super nice. He’s got good character and just always fun to be around,”

Despite spending a good amount of his time in sports, Sellmeyer still makes time to hang out with his friends. He and his friends often drive around the area and listen to music.

“We just drive around and blast music out the windows.” said Aaron Lewis, a sophomore and another one of Sellmeyer friends, “There is one time when we all going to Wal-Mart and just listening to the music and cracking jokes. It was a good time.”

While able to make friends at school, Jordan is more the quiet type according to his friends and is said to have a good head on his shoulders.

“He’s kind of shy sometimes but is fun to hang around,” Delgado said, “He is careful and doesn’t do stupid stuff. I mean, we’re a group of teenagers but he doesn’t do anything that would get him in trouble. He is kind of awkward around girls.”