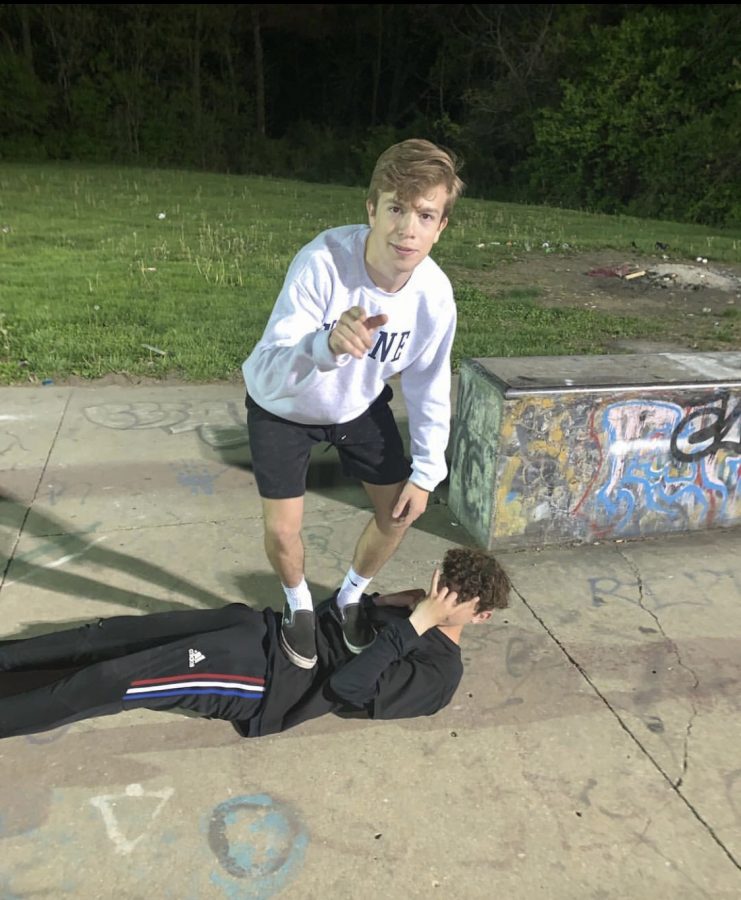 As a senior in high school, school seems to be in the past. For senior Caleb Dorsett, the same can be said.

“I play cool math games. I spend most of my first hour either TA-ing (Being a teacher assistant) or playing games in the library,” Dorsett said.

Halfway through the semester, Dorsett only has four classes and three TA hours. While helping the teacher, there is also time for fun.

“My favorite memory from high school so far is hanging with my buddy Ben,” Dorsett said.

Ben Svoboda has been one of Dorsett’s friends since Svoboda moved here in the sixth grade. Svoboda was Dorsett’s first friend in middle school as he was the first person that talked to him. He even helped start a meme page starring Dorsett.

“Trevor and I started the meme page a few years ago just because he (Caleb) made one of himself and everyone loved it,” Svoboda said.

Through all the fun and helping teachers in high school, Dorsett has true ambitions for the future.

“I want to go to college and hopefully get an electrical engineering degree. I don’t know where I want to go. I just want to get through school,” Dorsett said.

From a young age, Dorsett played found a love for video games and stealing people’s girlfriends.

“I love playing video games. When I’m not attempting to do homework that’s what I’m doing. If I’m not doing either, I’ll steal your girl.” Dorsett said.

Dorsett has lived in the same house in Liberty, Missouri his whole life. Since he’s known Svoboda, they have created some memories that few people know.

“I remember when I popped a tire on the side of the road and all Caleb would do to help was standing on the side and playing the harmonica. I was trying to fix it and I couldn’t stop laughing,” Svoboda said.

That, however, is not the only one. Homecoming night of sophomore year, Dorsett almost died.

“We were eating at Cheddars and I started choking. I don’t remember what it was on but I couldn’t breathe. I hit Gavin Robertson in the chest and he stood up and gave me the Heimlich and I coughed up whatever I was choking on,” Dorsett said.

Even when he choked on that night, it still did not stop him from going back. That is one of his favorite places to eat.

“I love Cheddars. The ribs are the best,” Dorsett said.

“I couldn’t ask for a better dude than Ben,” Svoboda said.

He has been hanging out with the same group of friends since the sixth grade and he plans to be friends with Svoboda as long as he can.