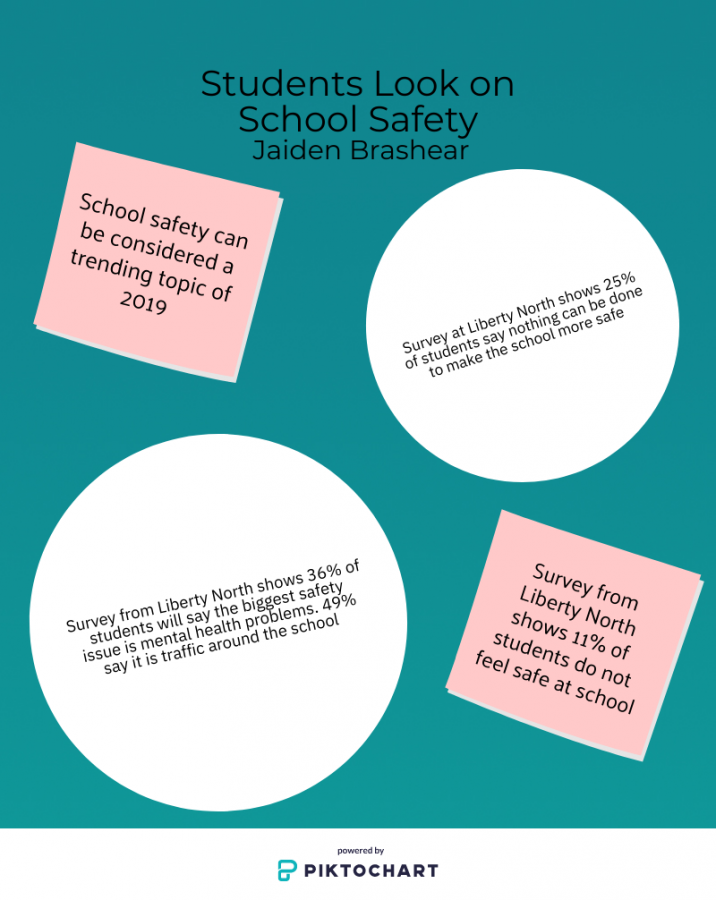 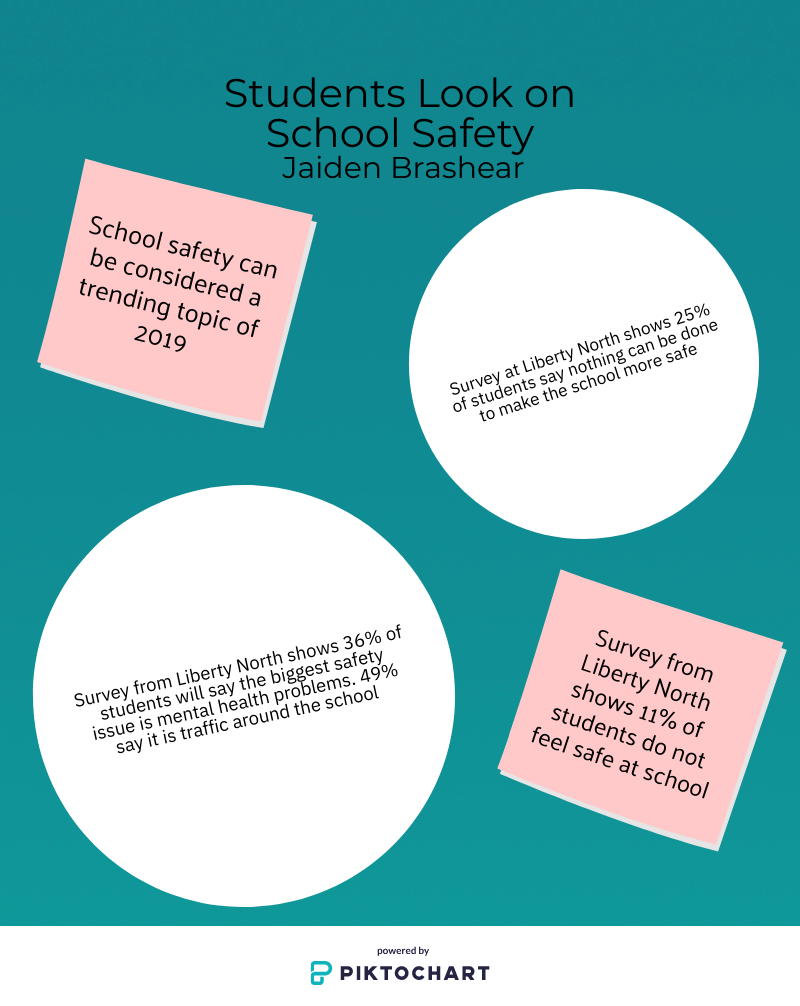 Going to school one day and never returning back home is something many different students may think about on the daily. In today’s society, school safety is a topic talked about very frequently. Many parents may have to face the fear of letting their children go to school because they could never see them again.

“School safety is very controversial these days. A lot of people may think that the only thing that involves school safety is if there is an intruder. But honestly, there’s more to the problem than just that. As a parent, my kids are grown now, however, I remember sending them to school some days and when they were gone I would think about if I would ever see them again. It can be hard for most parents, I can’t imagine sending my child to school today, because even 10 years ago it was a heavy thought for me to comprehend. Some students in a school may not understand the seriousness of what actually could happen inside of a school. The scariest things are the unknown, and no one can predict these kinds of things, you just need to have the students and staff ready for it if the time ever happens to come. You can’t do much besides prepare,” Lawyer and former police officer John Carnes said.

Students’ views on the safety of the school they go to can be very critical and important to the learning process. Some students may think of it all as a joke, and some students may think that if they do not feel safe in an environment, they might not focus the right way, or do things to better themselves.

“North has pretty good safety precautions this year. I feel like last year the school was always open, it was very easy to access and get into if anyone wanted too, there were hardly any rules about leaving school or opening doors during school hours. This year there are a lot more rules on things like that, and I think it’s all in the purpose of trying to make the students’ lives more safer, even though I don’t like all the new rules, I know in the back of my mind they are doing this for our sake,” Junior Megan Shaughnessey said.

Uncontrollable situations happen in school all the time, because of not being able to predict the future, and not always knowing what to do in all of the scenarios that could play out.

“I mean, sometimes I feel sort of unsafe, like when there’s a fight, that worries me, but other than that I usually feel pretty safe. There’s not much students can do to make ourselves feel safer if we feel in danger, [we can] talk to a counselor or principal, but that doesn’t always solve everything. But when I am in those situations like seeing a fight or something, the rest of the day I can’t focus as well, or I feel like something is just off. I think I feel that way because this is a learning environment, and when something goes wrong, or something really crazy happens, it makes my focus go elsewhere. But for the most part, I think North does a good job of keeping students safe. Because we have armed security guards, I don’t know of any other schools with other big security guys always walking around in the halls. Their only job is to make the students feel safe and make sure they actually are safe. It’s like they put everyone’s lives in their hands,” Freshman Treyton Shriver said.