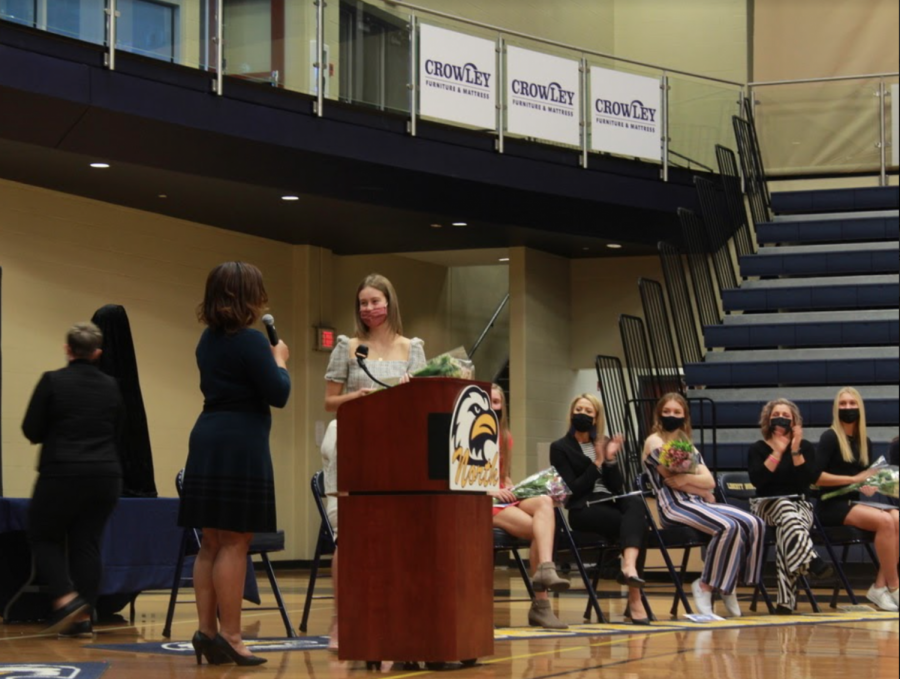 The winner of the 2021 Evelyn Gates award goes to LNHS senior Addison Beagle. After being in the running with Ashley Mullen, Sydney Handel, and Chloe Kaminski, Beagle has claimed this trophy as hers. The Gates award is given to a volleyball player in the Kansas City area that shows amazing skill, sportsmanship, and a great spirit.

“I was honestly just speechless when I received this reward, it was such an honor. I had played with or against all of those girls that were nominated with me. It was super big for our program, such a testament to the program Coach Dowden has created and the work my teammates have put in to make a name for ourselves,” Beagle said.

Beagle isn’t planning on stopping here as she looks forward to continuing her volleyball career at Drake University.

“I’m really excited to get to play for a school again. I like having the one game per day kind of feel but I like playing for a team where you have your fans in the crowd cheering for you which is such a different feel than what club is,” Beagle said.

The first award ceremony took place back in 2004 where Sammie Williams from Fort Osage became the first ever winner of the Evelyn Gates Award. Coincidentally, Williams now works for Liberty North and was in attendance for the award ceremony on November 11 to see the recipient gain her prize.

“This is the 16th season for the Gates awards. I’ve seen it grow in the difference of the talent level that is being presented and the recognition for the award. It was really cool to watch the ceremony this year. The whole thing was really big, the news was there, everyone from the fall sports was there, and my parents were there. It was a really fun experience,” Williams said.